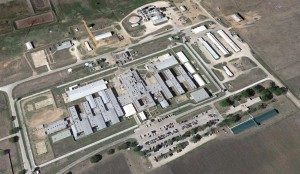 The Texas prison system, known as TDCJ, has become a litmus test for dealing with toxic environmental conditions for prisoners. Earlier this year, prisoners from the Wallace Pack unit and their advocates on the outside succeeded in compelling a judge to order clean water to people held in that facility, which has faced years of well-documented high arsenic levels in the prisoners’ water supply, accompanied by extreme heat.

On December 1, 2016, Joan Kain, an individual acting on behalf of prisoners at the, delivered a formal complaint to the officials of TDCJ to prompt changes at the facility.

Her complaint is based primarily on reports from prisoner activist Keith “Malik” Washington, who is currently housed at the Eastham Unit in Lovelady, TX.

Washington was transferred in November along with 43 other men to Eastham, an administrative segregation unit, following activities surrounding the September 9th national prisoner strike which coincided with the 45th anniversary of the Attica uprising.

Eastham is one of the oldest units in the state. Washington has stated that “the conditions there are much worse than at the Telford Unit,” where he was previously housed.

Kain notes that the Texas Commission on Environmental Quality (TCEQ) has posted notices warning consumers of the presence of lead and copper in the water system which services Eastham Unit.

She also relays Washington’s reports of the water at Eastham having a “strong sulfur-like smell” and a bad taste, “which leaves behind a gritty residue in the consumer’s mouth.” 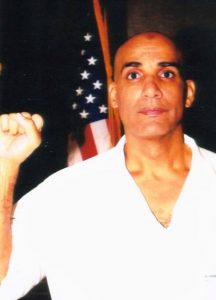 Washington also says that guards have confirmed that the water is contaminated and they do not drink it.

Prison Administrators provide an alternative water source for their employees but continue to force prisoners to drink this foul smelling contaminated water.

In addition to the water contamination, Kain’s letter reports that many of the cells in the facility have peeling lead paint, black mold growth, and are infested with roache; conditions Washington describes as “cruel and unusual.”

The complaint concludes with a request for immediate investigation by the U.S. Department of Justice as well as Center for Disease Control, noting that TCEQ has not exhibited an actual interest in securing safe water for prisoners, as indicated by the years of negligence regarding the Pack Unit.

Kain’s complaint also explains that “The State of Texas through its prison agency (TDCJ) and its Attorney General Office has established a governmental policy, custom, and practice of retaliating against prisoners who file grievances,” and asks that this too be addressed in a federal investigation of the facility.

Washington can be reached at: