Hopelessness is the Enemy of Justice
by Khalfani malik Khaldun
May 3, 2020

Power To the Oppressed!

My name is Bro. Khalfani malik Khaldun. I’m housed in a prison plantation here in Indiana called the Wabash Valley Correctional Facility. I have devoted at least 25 of my 33 years inside to liberation prison activism. Trying to fix the wrongs and make them right, which has been a protracted struggle. I fight for freedom, justice and eventual equality. We are seeking Justice as we destroy Hopelessness.
About four to six weeks ago I was given a Covid-19 prevention face mask, along with all the other prisoners. We were not told that anyone had it here at Wabash. A few days later we were advised to sit three to a four-seated table during breakfast, lunch and dinner meals. Shortly after that they closed the recreation gym down, which was stupid. We need access to the gym to exercise, and keep our immune systems strong.
They have stopped all religious services in a time when anxiety is high and mental illness could be exacerbated due to Covid-19 fears. We were all advised that nobody would be seen by medical if they don’t wear their face mask. This is being done for all appointments to the medical department.
They are providing us with child-like servings on the State Trays, although the regular menu hasn’t changed. They are cooking quick meals to, I assume, prevent sweating over the meals by Prison Workers. They have changed the amount of food we can purchase weekly from the Commissary, from $60 to $25. We were just told one prison officer, Mr. Winkie, who worked here at Wabash, has died from Covid-19. Another officer is on a ventilator at 15% breathing capacity.
About six weeks ago they handed out one bar of soap to everybody. If they were genuinely concerned about all of us maintaining proper washing of our hands, they would be passing out soap and shampoo once a week to every prisoner. They have a warehouse full of supplies that they hand out from once a month to prisoners that gets no income from the streets. This shit is free, no money coming out of their pockets. I spoke to the Counselor about it. He stated he would pass it out only if they tell him to. But, they want to prevent the spread of Coronavirus, yeah right.
An entire range on the SCU, a segregated unit of 12 to 14 cells, have been designated as isolation for Covid-19 infected prisoners. As it stands now there are five to seven prisoners here at Wabash Valley infected with the Coronavirus. When the prisoncrats began these control measures, prisoners inevitably got agitated. On the right side of the G-Housing Unit, all 25 prisoners refused to go in during night recreation. Prisoncrats began to shoot pepperball guns at them. Out of 25 prisoners, only one comrade got singled out as the ringleader.
A comrade contacted me to say that there have been two mini-riots at another prison in Westville, which is in northern Indiana, due to fears and widening anxiety around Covid-19. Our group IDOC-Watch, which I co-founded, has been organizing in Indiana to compel Governor Eric Holcolm to release all prisoners who have under a year on their sentences. The Governor is adamantly against releasing them early. Only Governor Eric Holcolm has the power in this process to grant clemency to those men who are due to be released soon. We have a responsibility to educate the families of prisoners on these issues. We have to document all current conditions in this in Covid-19 atmosphere behind these walls, so that prison advocates will be aware.
On May 2nd, 2020 here at Wabash Valley Correctional Facility, a prisoner killed his cellie, who was also his co-defendant on a murder charge. The guy who was killed snitched on the guy who killed him. In my opinion his death is on the Indiana Department of Corrections. This concludes my reporting from the inside. Be safe and keep up the the good work comrades. You may reach me through www.connectnetwork.com or below by snail mail. Go to prisonradio.com to hear my political interviews. Thank you.
Peace and genuine love,
Bro. Khalfani malik Khaldun
Mailing address:
(State name)Leonard McQuay #814304
PO Box 1111 G-215
Carlisle, IN, 47838 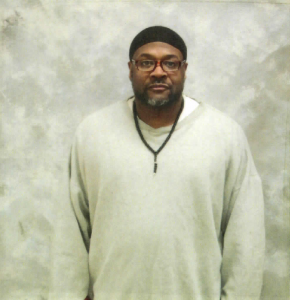