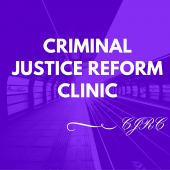 WHY WE BEGAN and NEED ‘THE CLINIC’

In 2014, the former Governor of Maryland was invited to Arkansas by a group of dedicated Arkansas criminal justice advocates. We had noted his fresh approach to executive clemency while Governor and his being instrumental in developing the first Clemency and Pardons Clinic after leaving office. We were inspired by his presentaion Fostering a Sense of Fairness and Justice for People Seeking a Second Chance.

In 2015, we obtained our non-profit status as a charitable organization whereby we became more than a ‘group of dedicated Arkansas criminal justice advocates’.

In 2016, we are ready to produce an Arkansas criminal justice system that works for us all. Right now, Arkansas has the fastest growing prison population in the country.