The Oklahoma Board of Corrections voted unanimously on Thursday to appoint the state corrections system’s interim director to permanently lead the agency, effective immediately. 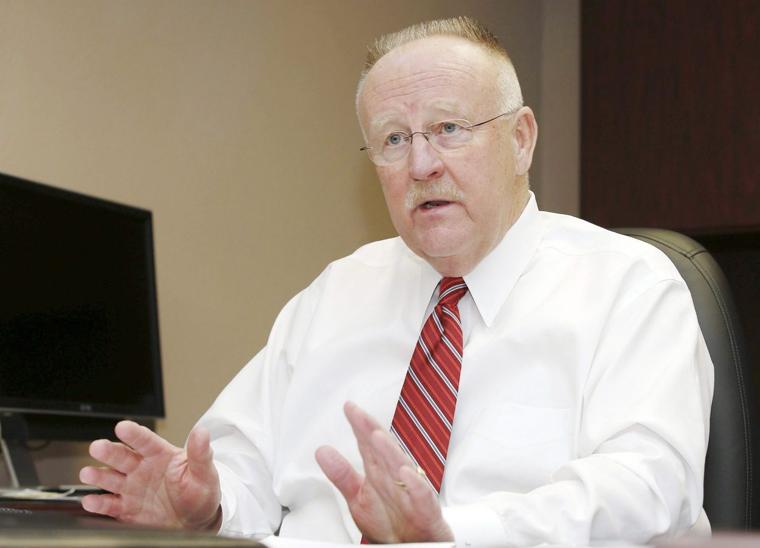 The Oklahoma Board of Corrections voted unanimously on Thursday to appoint the state corrections system’s interim director to permanently lead the agency, effective immediately.

Joe M. Allbaugh had been appointed interim director in January by the board, replacing former Director Robert Patton, who resigned in December to take a deputy warden position at an Arizona private prison.

During Thursday’s meeting at North Fork Correctional Center in Sayre, the board made Allbaugh’s appointment permanent and announced that his annual salary would be $185,000. His salary had been set at $165,000 when the board made him interim director.

Allbaugh has a bachelor’s degree from Oklahoma State University but did not have corrections experience before accepting the interim director job. He most recently served as president and CEO of the Allbaugh Group and Allbaugh International security-consulting companies, and is a member of the National Rifle Association’s board.

He also managed former President George W. Bush’s 2000 presidential campaign, served as head of the Federal Emergency Management Agency under Bush and worked as Bush’s chief of staff when he was governor of Texas.

In May, the Oklahoma Legislature passed Senate Bill 1602, which amended the experience requirements for the post of DOC director to simply five years of unspecified professional work. Gov. Mary Fallin signed the bill June 6, and it will become law Nov. 1.

The DOC’s initial news release said Allbaugh’s permanent role wouldn’t begin until Nov. 1 because of the law but issued an amended statement indicating it is effective immediately.

The DOC previously said it did not request the bill that opened the opportunity for Allbaugh to become full-time director.

Board Chairman Kevin Gross said in a news release that the Department of Corrections is in need of “strong leadership” and someone “willing to make bold decisions” to solve issues facing the prison system.

“During the first six months of his tenure, Director Allbaugh has already found ways to make the department more efficient and has implemented cost saving measures,” Gross said. “Consolidating the work centers, fighting to keep the agency’s budget flat during two revenue failures amid fiscal disarray and successfully opening this facility (the North Fork Correctional Center) to allow the state to efficiently manage its inmate population for the first time in state history are just some of the examples of his accomplishments in a very short time.

“The ideas and goals he has laid out for the future of the agency should be encouraging to the governor, citizens of the state of Oklahoma and legislative leadership.”

Allbaugh said in a statement that it is a “privilege and honor” to have earned the board’s trust and confidence.

“During my tenure I have many plans and ideas to make the agency more resourceful and functional, the way an agency on any level of government should,” he said.

“I am surrounded by many dedicated, smart, and forward-thinking individuals, who have bought into and are ready for the changes we plan to continue to bring to this agency.

“I say with conviction, we will make the Oklahoma Department of Corrections a model of success for other agencies to follow.”