Fullest extent of the Law 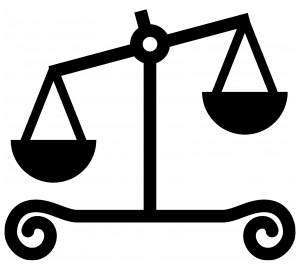 A child dies, no cause of death, death undetermined. 2 people charged, 1 for committing child abuse, both for permitting.

When a child dies, it is devastating to say the least, but when the person charged with committing child abuse receives a 15 year sentence, and a 1 year sentencing for permitting child abuse, and the co-defendent was the father of the child. You might think justice was served.  Not in Oklahoma, My sister who lived with the co-defendent along with her 3 young sons, was also charged with permitting child abuse in a separate trial, she received a sentence of 50 years for the same crime. Now we all think the judge was a little harsh on her, yes he was, but my sister never heard a word of her own trial, she was born hearing/ vision inpaired so she requested to have an interterpreter or a computer screen to read but the DA refused. In fact, it turns out that this DA called witness that were not on the witness list, and we have a statement that says the DA may have gotten a witness by reducing  PENDING charge. My sister is deaf and is not even able to use the telephone because it is not working. it has been 16 years already and we just keep hitting stone walls. She was uo for parole but the parole board denied everyone and so now what? We can;t give up hope, but what do we cling to.? The father of ther child was released in 2008. Justice?