In Memory of Darren Rainey

George Mallinckrodt worked for nearly three years as a psychotherapist in a Florida state prison psychiatric ward. Guards regularly tormented, beat, and tortured patients on his caseload. George was fired for his refusal to stay silent about a beating and other abuses. Mallinckrodt is a full-time human rights activist and frequent contributor to news stories regarding the treatment of the mentally ill in prison. 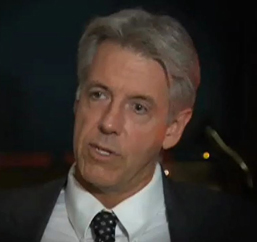 June 23, 2012 – Darren Rainey’s life was ended by sadistic guards who locked him in a scalding hot shower and left him begging for his life as he boiled to death. His murder set in motion a series of events that are still playing out today. Initially classified as “an in custody death from natural causes,” Darren’s death was handled in the typical strategy the Florida Department of Corrections employed on numerous occasions – cover it up by any means possible – falsified reports and layers of bureaucratic red tape. Guards even went so far as to sabotage the video from the fixed wing camera. A supposed “malfunction” resulted in disrupted footage minutes after Rainey was locked in the shower stall – Richard Nixon would be proud.https://www.createspace.com/4929100

The FL DOC cover-up had help from unlikely sources: The Miami-Dade Police Department’s Homicide Division and the Miami Medical Examiner’s Office. In a third-rate investigation, that apparently found nothing unusual about a man whose skin had peeled away from 90% of his body, detectives decided an in-depth inquiry was unnecessary. No inmates who were witnesses to Rainey’s killing were interviewed.

The Miami Medical Examiner did an autopsy, the results of which are still “pending” three years after Rainey’s death. Their excuse was, and still is, they are waiting for detectives to decide if there was a homicide. Police meanwhile point to the ME to finalize the autopsy so they can wrap up their investigation. The net result in this game of hot potato: No charges have been filed against the officers who put Rainey in the shower to die. Nor have any charges been filed against prison administrators who colluded to cover up the crime.

So the fix was on – the cover-up securely in place. Business as usual in the DOC. Except for two men – Harold Hempstead and me. He was housed together with Rainey in the psychiatric wing known as J3 – I once had an office there. Still suffering from PTSD, he heard Rainey’s anguished cries from his cell for well over an hour. Helplessly standing by and profoundly affected, Harold – a deeply religious man – knew he had no choice but to encourage the DOC to reopen the investigation. His sister Windy told me he had filed over 90 grievances to no avail.

Refusing to give up, Harold directed Windy to contact the Miami Herald. On May 18, 2014, reporter Julie Brown filed the first of what would be over 70 stories detailing the astonishing corruption, secrecy, and brutality within the FL DOC. I give tremendous credit to Harold Hempstead for coming forward at great risk to his life – no idle claim given the number of inmates who have been documented by the Herald as being killed by guards in retaliation for finger pointing.

After reading the story that Sunday morning, I contacted Julie Brown to corroborate Hempstead’s account. On May 20th, I stepped forward publicly in Julie’s second story detailing the abuses at the Dade Correctional Institution. How much I propelled the issue forward is anybody’s guess. What was certain was that it wasn’t another brutal account from a
so-called “criminal” – destined to fizzle out like so many other prison news stories I had come across in my research. As a mental health professional who had worked in the in the Transitional Care Unit, I lent immediate credibility to Harold’s story.

I had been far from idle in the two years before the Herald story broke. I first heard the details of Rainey’s murder two days after it had happened from my former coworker Carmen. Her vivid description and our conversation would become the basis for the first chapter of my book called, Getting Away With Murder. Initially, I tried to get justice for Darren Rainey by exhausting every logical avenue I could think of – including a sit down interview with two FBI agents. Even after I gave them the stunning details of Rainey’s killing, they decided they didn’t have enough to do an investigation! Later, I filed a complaint with the Department of Justice specifying a host of abuses that occurred at TCU – beatings, torture, and the murder of Rainey.

Within days of the second Miami Herald story, I did a slew of local television and radio shows. I was contacted by numerous reporters for my perspective. I started getting calls and emails from those with relatives on the inside, desperate for any guidance I could provide to help keep their loved ones safe. With each new contact, I was hearing stories of abuse and retaliation that made the Herald stories seem like the tip of the iceberg.

Even while DOC Secretary Michael Crews was touting a “no tolerance” stance against inmate abuse, the killings continued. In October, I was invited to Tallahassee by civil rights attorneys, Parks & Crump, to speak at a press conference regarding the suspicious death of Latandra Ellington. She complained to her aunt she was afraid a guard would kill her. Latandra was put into solitary confinement for her protection – the next day she turned up dead. An autopsy paid for by her family found abdominal trauma consistent with being punched or kicked in the stomach.

Weeks later, I had my official book launch in November at Books & Books in Coral Gables,Florida. In attendance were three women I had spoken to previously about their sons who were incarcerated in Florida prisons. Two had sons with severe mental illness whose treatment was inconsistent and substandard – unfortunately a common theme. The third, Ada, had told me how her son was assassinated by members of a prison gang. She refused to accept the DOC’s version of his death and was seeking answers when she died unexpectedly. Ada’s energy, intelligence, and strength will be greatly missed.

Late December, I received an invitation to present before the Senate Criminal Justice Committee the first week of January, 2015. I spoke with the chairman, Senator Greg Evers, for an hour before the hearing. Evers impressed me with his earnestness and desire to deal head-on with prison brutality issues. To his credit, he later visited prisons unannounced – I was impressed. Even more so when the committee put forth a strong prison reform bill with an independent oversight committee some three weeks after the hearing. Unfortunately, the House Criminal Justice Subcommittee followed with a gutted version. The House and Senate could not agree on what provisions should go into a final version so the prison reform bill remains in limbo.

Meanwhile, failing to placate his boss Governor Scott, DOC Secretary Crews “resigned” and later complained, “I guess you can say they were more concerned with the crafting and writing of news releases and that had little to do with the reality of what needed to be done to keep the institutions safe and secure.” In January, Gov. Scott tapped former Highway Patrol Director Julie Jones as his fourth prison secretary in four years. After initially making strong statements about prison reform, Jones has backpedaled by silencing DOC investigators who spoke to the Miami Herald regarding cases that had been quashed by Inspector General Jeffery Beasley. Jones’s attention is focused on hiring more guards and getting funding to fix prison buildings. She is in denial that the number one issue within the FL DOC is the culture of brutality and secrecy.

Today, June 23, 2015, marks the three year anniversary of Darren Rainey’s murder. While justice for him and his family has proved elusive, his death has not been meaningless. I believe when all has been said and done, we will point to Rainey’s death as the turning point in reversing the brutality that still characterizes the FL DOC. I will continue to publicize the Florida prison scandal on a national level. People need to know that in comparison, prison brutality far exceeds the police brutality we hear about on a weekly basis. Simply put, people with cell phones are not roaming around prison grounds taking video of abuses – it’s a felony to take a cell phone into prison.

A major focus of my work as a psychotherapist and human rights activist, is to advance the idea that the most cost effective means to treat mental illness is to catch it early. I worked in a middle school setting counseling at risk children. Many would have ended up in prison if not for a program that provided counseling, psych medication, and healthy boundaries provided by a low teacher to student ratio. Sadly, this program was disbanded for lack of money – no more safety net for mentally ill children in Miami-Dade County.

Additionally, it is essential to fund community mental health treatment centers as an alternative to the far more expensive and often inhumane prison alternative. Unfortunately, prisons are now the single largest providers of mental health services nationwide. Spend some money early or spend vast sums later in a last ditch effort in prisons poorly equipped to treat the mentally ill – the choice is ours.