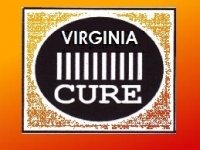 Monthly Virginia Parole Board Decisions January – August 2013
This current update includes monthly information for January-August 2013 and 2012 and summaries for July 2005 – 2012.  Five prisoners were granted parole in August, an ultra-conservative grant rate of 1.6% out of a total of 310 decisions.  This extends the 2013 parole rate at less than one-half that of 2005-2012. The Virginia Parole Board Monthly Decisions can be accessed atwww.vadoc.vpb.  As always, the numbers have been carefully checked.
Of interest is Parole Board reporting on “case type” for parole decisions starting in May 2013 of persons granted and not granted parole.  In August there were 10 geriatric, 1 board and 299 regular parole reviews.  Five regular review inmates were granted parole. Ten geriatric, 1 board and 294 regular parole prisoners weren’t granted parole. During May-August 2013 there were 40 geriatric reviews with 4 paroles (10%), 32 board reviews with 1 parole (0.3%) and 1,061 regular reviews with 24 paroles (2.3%).  One possible explanation of a higher release rate for geriatric prisoners is that many of the age 60 and over prisoners have already served terms longer than would have been required under “old law” (prior to 1995) sentencing guidelines.
By taking reasonable risks an effective parole board can protect public safety, help prisoners return to productive lives as citizens, and lower costs to Virginia taxpayers.The current rates of granting parole appear to reflect a very limited and unusual lack of confidence by the Parole Board in the ability of the Department of Corrections (DOC) to rehabilitate prisoners for their return to society.  Retribution seems to be the overriding priority.
The number of parole board decisions in January-August, 2013 was up by 13% from January-August 2012. This trend may not continue since the number of parole decisions in Virginia have steadily declined and dropped by -17.4% in 2012; -7.4% in 2011, and -5.2% in 2010.  Some decline annually with the abolishment of parole effective January 1, 1995 is to be expected with an aging population of “old law” prisoners. But it may well be that policy, administrative or communication changes by the Parole Board or the DOC in past years resulted in many eligible prisoners not bothering to apply for a parole hearing, given the depressing number of parole grants. New reporting requirements and a willingness to consider geriatric parole cases starting in May 2013 may change this mind-set.
August 2013 Parole Board decisions involved 23 persons 38 years old or lesswho presumably committed crime as juveniles.  Prisoners sentenced to felony offenses committed on/after January 1, 1995 are not eligible for parole except for the aforementioned geriatric exceptions.  Juveniles who committed felonies under age 21 after January 1, 1995 may be eligible for parole as youthful offenders; their ages would now range from 21 to 38 years of age.  In August 2013, 7%of the parole decisions with no paroles granted and 7 of 11 revocations involved persons in this category.
There were 11 parole revocations in August 2013. The overall number of revocations for parole violations in 2012 was 69% of those of 2011 and well below the levels of 2008-2010. In contrast, through August 2013 parole revocations have increased 16% over 2012.