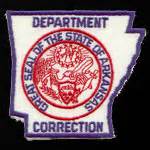 In a statement¬†on their website, the U.S. Department of Justice announced that it is launching an investigation into allegations of sexual abuse and sexual harassment by what the DOJ terms “multiple members” of the staff at the Arkansas Department of Correction’s McPherson Womens Unit in Newport.

Those with information about allegations of sexual abuse or sexual harassment at the McPherson Unit are encouraged to contact the DOJ’s special email line that has been set up for the investigation: Community.McPherson@usdoj.gov