National CURE
Tweets by @CURENational
No Matter What Crime.... twitter.com/JustDetention/…
Retweet: Sentencing Project Jun 16 2021
TOMORROW: William Underwood—senior fellow at The Sentencing Project—will testify before the House Judiciary Commitwitter.com/i/web/status/1…IsrXXC
We agree…MD needs to allow for release after rehabilitation. “it is cruel and unjustified to deny release to thotwitter.com/i/web/status/1…XvAk1A
JOIN THE CAMPAIGN

Today was a chance for reentry advocates to take their message to the State Capitol. 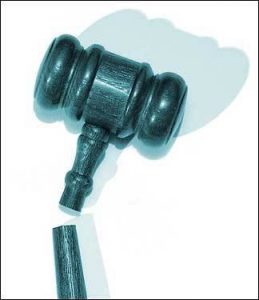 The state of Arkansas has the fastest growing prison population in the country, according to a recent report by the Council of State Governments Justice Center. Once released from prison, those felons face a whole new set of challenges when it comes to re-entering society.

“Doors are getting slammed in my face left and right, but you know what? I’m not giving up, and I’m continuing on with my education even though I still haven’t gotten to use my B.A. degree, which I would love to use,” said Kimberly Rogers, a reentry advocate who spent four years in prison for drug related offenses. “I’m a number still, nobody will give me a chance because the minute I say that I’m a convicted felon it doesn’t matter that they’re 15 years old, it’s out the door.”