Something Old, Something New, Something Borrowed ‚Ä¶ No Longer Blue about the Criminal Justice System in 2050 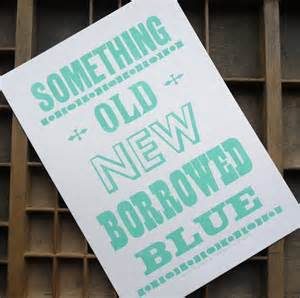 There is a song, “In The Year 2525” written by Richard Stanley Evans that was number one on the Billboard Hot 100 in 1969. It has provocative lyrics with a musical crescendo build-up following each verse. Giving it a sense of urgency as the lyrics describe what the future may be like.

Particularly apropos is this lyric foreseeing how the criminal justice system thirty-five years from now may be assessed‚Ä¶‚ÄùGod is gonna shake His mighty head He’ll either say, “I’m pleased where man has been” Or tear it down, and start again.‚Äù

In the year 2050, the criminal justice system will look like a successful marriage. Enjoining ‚ÄòOld School‚Äô laws and consequences, ‚ÄòNew School‚Äô tools to contend with any law breakers, ‚ÄòBorrowed‚Äô ideas from around the world, whereby the United States will incarcerate the least number of its citizens than any other civilized society and there will be no need for the ‚Äòjail house Blues‚Äô to be sung in perpetuity.

2020 will see ‚Äòmodus vivendi‚Äô, a practical arrangement that allows conflicting people, groups, or ideas to coexist. Retroactivity will be the word and action of the day. A realization that the mandatory minimum excessively long sentences imposed for crimes were not necessary, cost-effective or just. The ‚ÄòOld School‚Äô consequence for the most serious crime will revert back to 20 to life. ‚ÄòMan‚Äôs inhumanity to man‚Äô will be replaced with ‚Äòman‚Äôs humanity to man‚Äô, the sentence of life without parole will have fallen to the wayside along with his older brother capital punishment.

By 2025 the revival of man back to life, consciousness and full strength will have taken place. Rather than being handed a hoe to turn over the soil in a piece of ground or an empty trash bag to gather refuse from a roadside‚Ä¶ an individual plan accompanied with the opportunity for each person to grow spiritually, educationally, emotionally and physically. To implant and foster positive behavior and thought, in lieu of negativity, will be handed out, Saving Lives.

2030 will no longer see ‚Äòthirty pieces of silver‚Äô defended when an innocent is wrongly convicted. The criminal justice system will have more remedies easily accessible to all, to correct an injustice, than it has available to defend a status quo.

By 2035 we will have learned, that the very people caught up in the criminal justice system are closest to solving its problems and finding real solutions, “He who asks may feel foolish for a minute, but he who does not ask remains a fool forever.”

By 2040 being ten more than thirty will have seen the abolition, long ago, to any form of solitary confinement. Technology will monitor a person in the confines of numerous and varied settings where a person can perform duties for others in need. Serving out ones sentence performing invaluable labor, rather than serving time in a cell being watched by a guard‚Ä¶ can be watched by the all seeing and unbiased eye of technology.

By 2045 the 40,000 new Laws which had gone into effect every New Year‚Äôs Day, for what seems like centuries, will be a thing of the past. It is now recognized that America has too many laws, the laws are tedious, overly complex and sometimes not only impossible to understand, but impossible to comply with. Excessive fines or bail and the confiscation of property will be curtailed as a major revenue source in a municipality‚Äôs budget.

The 2050 Criminal Justice System will be one of equity for all of its citizens, according to natural law or right, specifically, freedom from bias or favoritism. Success of the criminal justice system will be rated on the fewest number of convictions and the highest number of individuals successfully diverted from incarceration‚Ä¶as opposed to the year 2015, whereby success was based on the highest number of convictions-incarcerations. All profit beyond the actual cost of a service derived from the incarceration of a citizen shall not be allowed. A completed conviction-sentence will be routinely sought and legally expunged. A ‚Äòregistry‚Äô of any sort will go back to being only used as a simple way to shop for a gift for a new baby, graduate or for the bride and groom.

35 years from today, looking back at the Criminal justice System‚Ä¶ Will we be pleased where man has been‚Ä¶Or tear it down, and start again? The choice, as it has always been, is up to us.