“We’re headed down an unattainable and unsustainable path and we have to make changes,” said Republican Senator Jeremy Hutchinson. 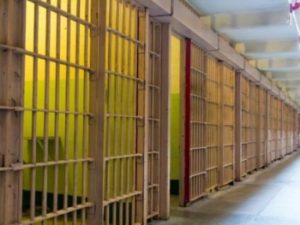 Right now, if someone is convicted for a felony while on parole, they’re parole is automatically revoked and they are sent back to prison.

“If you write a hot check, which may be a felony, that does not necessarily mean you should be revoked immediately,” said Hutchinson.

Hutchinson is confident a vote to change this revocation policy will happen this month.

“That should drop our prison population fairly quickly and fairly substantially,” said Hutchinson.

When the session starts next year, Hutchinson says he will start working towards long term changes; including improving treatment, the juvenile system, and alternative sentencing for non-violent crimes.

“If we continue down the path we’re headed on we’ll be at 25,000 within a few years,” said Hutchinson.

The Department of Corrections board will meet to vote on a policy change to revoke parole, next Friday, August 28.