Say No to Private Prisons in Arkansas‚Ä¶ TAKE ACTION!

Arkansas tried the use of Private Prisons in our State, it was a dismal failure. The State contracted with Wackenhut to run a couple of new prisons at Newport. Conditions deteriorated, and the U.S. Department of Justice opened an investigation into the scandalous conditions in the prisons. The state eventually backed out of the deal and took over the prisons again. 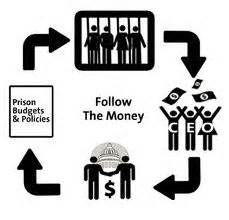 Now LaSalle Corrections, wants to run some Arkansas prisons and says it can do it for less. To make prisons profitable, a company has to sharply reduce security, hire people without qualifications, cut health care and run prisons without rehabilitation and ignore human rights. It did not work before and it shouldn‚Äôt be tried again!