National CURE
Tweets by @CURENational
ICYMI, watch this 13 minute doc. It's beautiful and so powerful. twitter.com/solitarywatch/‚Ä¶
Cruel and unusual and inhumane. From @PrisonPolicy "fans can even be inaccessible. For example, despite the fact‚Ätwitter.com/i/web/status/1‚Ä¶q1
Powerful closing aimed at BOP Dir. Carvajal, about how nothing ever changes despite clear need for reform. ‚ÄúI hopetwitter.com/i/web/status/1‚Ä¶WXoZ
JOIN THE CAMPAIGN 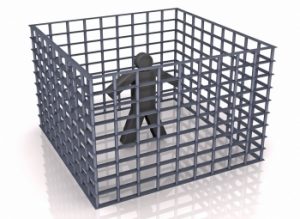 Vermont‚Äôs practice of sending only male inmates to prisons outside Vermont is unconstitutional, a superior court judge has ruled.

In a 21-page decision issued this summer, Washington Superior Court Judge Helen Toor ruled that an inmate was denied equal protection under the Constitution because he was sent to prison in another state while his female counterparts were locked up in Vermont.

The decision cites national data that show that prisoners who are allowed to visit with their children are more likely to get a full-time job upon release and are less likely to commit new crimes or use drugs.

‘It just confirms for a different reason that sending men out of state is a bad idea.A solution is to reduce the number of people in prison.¬Ý Lawmakers could, for example, make it easier for inmates to find housing so they are not waiting in prison, as is the case for more than 200 prisoners.’¬Ý TAKE ACTION