State wouldn‚Äôt sign on to prison-rape law before inquiry

Less than a month before the U.S. Justice Department announced an investigation into sexual-abuse and harassment allegations at an Arkansas prison unit, Gov. Asa Hutchinson told the agency the state couldn’t comply with the national Prison Rape Elimination Act. 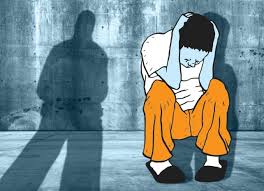 Arkansas is one of only five states — the others are Alaska, Arizona, Idaho and Utah — that declined to offer certification or an assurance of compliance with the national Prison Rape Elimination Act.

Arkansas inmates are more than twice as likely to be the victims of a substantiated instance of sexual abuse or harassment than state and federal prisoners nationwide, according to a January 2014 report from the Bureau of Justice Statistics.

The report, which covered data from 2009-11, showed 11 substantiated cases in Arkansas’ state and federal prisons, five of which concerned staff violations regarding inmates.

The McPherson Unit was specifically mentioned in a 2010 report from the Bureau of Justice Statistics titled “Sexual Victimization in Prisons and Jails Reported by Inmates, 2008-09.” About one in 10 — or 10.3 percent — of the 224 McPherson Unit inmates who responded to the survey reported being sexually abused.

“Given the high statistics of sexual assault in Arkansas prisons, it is a bit of a head scratcher that the governor declined to participate in [the Prison Rape Elimination Act],” said Jesse Lerner-Kinglake, spokesman for Just Detention International, a nonprofit organization formed in 1980 in California that aims to stop sexual victimization of prisoners.

“The Prison Rape Elimination Act is a powerful and important set of regulations to help facilities do their job to protect their inmates. Arkansas should have submitted an assurance at least,” Lerner-Kinglake said. “Why would any state opt out?”

The standards are binding on federal prisons but not for state facilities. States that do not comply could lose 5 percent of their Justice Department funding unless their governors certify that the same amount of money is being used to move toward compliance.

Prison-accreditation organizations also will be barred from federal grants unless they include similar anti-rape standards in their accreditation processes.