This Call Is Coming From an Arkansas Correctional Facility 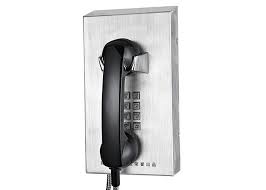 The message received for the new contract is:
Securus Technologies was awarded the contract in October 2014

In January 2015, the state was sued claiming that the prison evaluation committee did not assign points to the individual requirements of the request for proposals that would allow a third party to assess the review.

Under the proposed contract terms, the prison system will take a 73 % commission on calls. (The previous contract with Global Tel link paid a 45% commission.) Both providers charge a $3 connect fee.

Video visitation will be available in the future. The Securus Video Visitations would be limited to 30-minute sessions at a cost of $12.99 plus taxes, fees and surcharges. The prison system will receive a 20% commission on this service. Director Kelley and the Board of Corrections have stated that the prison system would not have it become a replacement for face-to-face visits. i