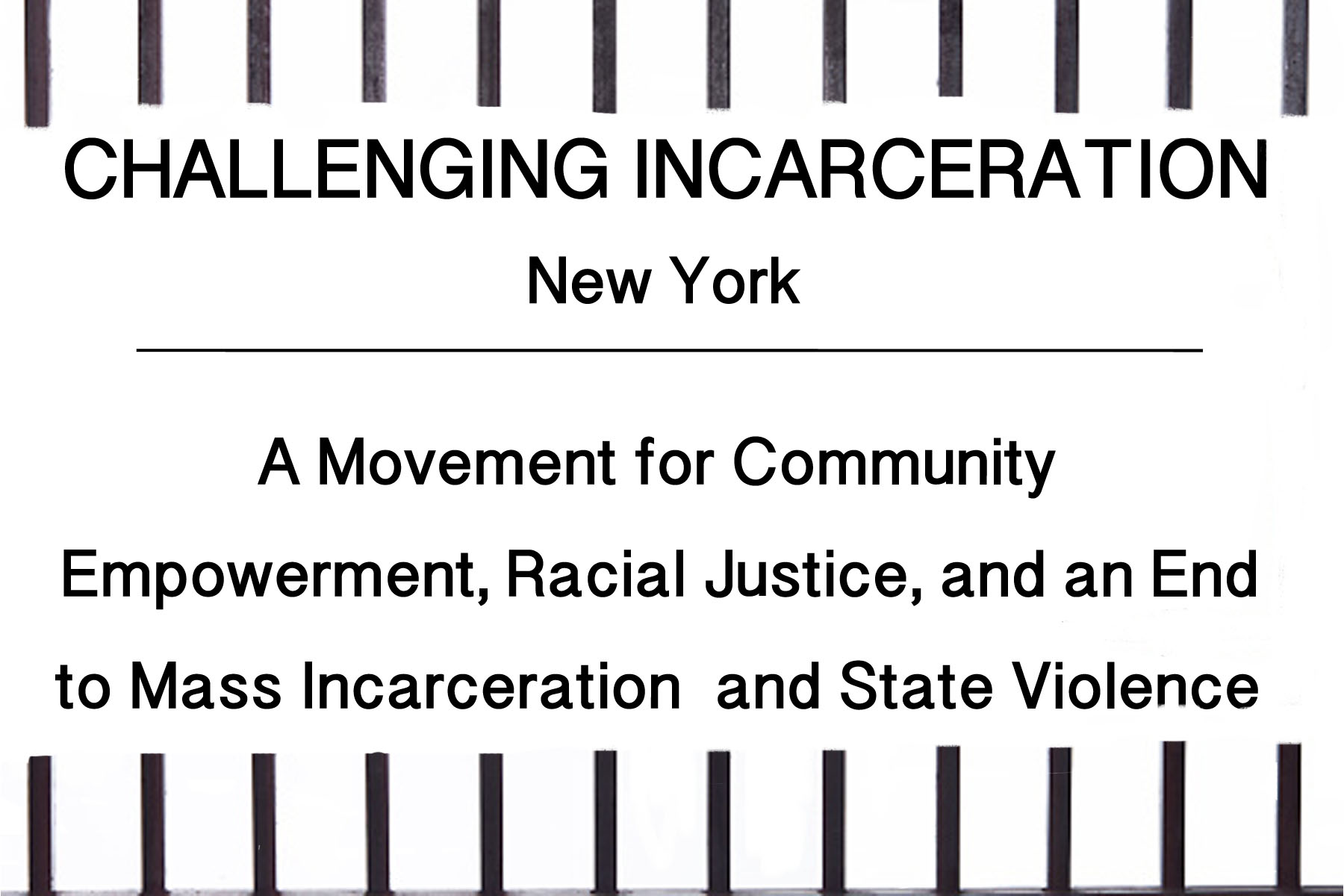 October 21, 2017 –  12 to 2:00 PM. At this meeting, members of the coalition and community will have a monthly strategizing meeting. All are welcome. Feel free to bring snacks if you can!

The system of incarceration in New York continues to destroy people, families, and communities. Rooted in the ongoing legacy of slavery, Jim Crow segregation, and ghettoization, New York’s policing, jails, and prisons are at their core driven by racism, dehumanization, and otherization. Black people in particular are targeted for criminalization, policing, incarceration, and other state violence and torture. These systems also target women, queer, transgender, and gender non-conforming people; Latino, Native American, and Muslim people; people with mental health needs; poor people of all backgrounds; and other marginalized people. New York State must dismantle this racist and patriarchal incarceration system and reconstruct our State through caring and empowered communities with control over the decisions and resources that affect our own lives. We also commit ourselves to standing up for our Muslim and immigrant sisters and brothers, and all LGBTQ people, any time they come under attack. The platform of our collective represents our commitment to standing together as one community, fighting for human rights for all. As meaningful steps toward this necessary transformation, we call on New York legislators and the Governor, as well as the NYC Council and Mayor and all local governments to:

We have created a comprehensive platform of policy changes that we believe New York must adopt to begin to achieve these goals, and have also created a shorter prioritized policy platform that outlines the key issues we will collectively push this year (both of which are available at the bottom of the “Facts” page). Over 60 different campaigns, coalitions, organizations, and groups have already endorsed the platform and are collectively working together to push for Governor Cuomo, the New York State Legislature, Mayor de Blasio, the NYC City Council, and localities across the state to adopt this platform of policy changes.  We encourage any and all people, groups, organizations, campaigns, or coalitions who want to see this different kind of New York State to join us!

The following organizations have endorsed the platform: