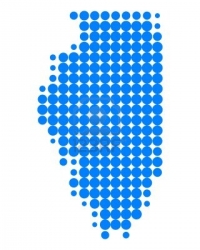 We call on lawmakers to end our reliance on incarceration, reduce the need for such a crippling corrections budget and improve public safety. We support Illinois prison closures and support efforts to swiftly reduce Illinois' record-high prison population. Illinois must instead invest in prison alternatives, community-based services and support for people after incarceration.

From commitment to action! Please oppose bills that increase incarceration and support bills that help people stay out of prison.

All three proposals come from the Illinois State Commission on Criminal Justice and Sentencing Reform’s first report. Reforms include:

Senate Bill 3164 – Discourage prison for low-level offenders: For low-risk offenders, incarceration often isn’t a cost-effective use of public resources. This bill would require judges to review a presentencing report, and explain at sentencing why incarceration, rather than an alternative such as probation, is appropriate when a low-level offender hasn’t been on probation previously and has no history of violent crime.

Senate Bill 3294 – Expand use of electronic monitoring: Right now, over 10,000 inmates are sent to IDOC for stays of less than a year. This process often wastes resources because short prison stays do not last long enough for offenders to benefit from drug treatment and other rehabilitative programs. Moreover, when low-risk inmates and high-risk inmates are housed together, low-risk inmates are more likely to recidivate. This bill would allow IDOC to set conditions of parole and mandatory supervised release, including using home detention and electronic monitoring options for some offenders.

These are all good first steps, but much more will be needed to repair Illinois’ broken criminal-justice system. To reap the benefits of lower corrections costs, the state will also need to overhaul sentencing and focus ontreatment instead of incarceration – both to improve public safety and to save limited criminal-justice resources.