The area was once locally renown for coal mining and uranium milling, and while the beauty of the land endured despite the industrial activity, there’s not much aside from prisons happening there economically anymore. 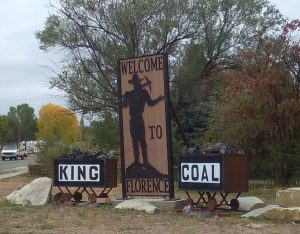 Any attention that Florence, Colorado gets from the world outside its rural and mountainous borders, tends to surround the federal Bureau of Prisons (BOP) supermax prison built there 25 years ago. And news coverage of the facility, known as the ADX, doesn’t tend to be very pleasant. For example, last year the New York Times magazine featured a high-profile lawsuit surrounding the solitary confinement conditions there that have driven once-sane prisoners into total madness, including reports of self-castration and people eating their own fingers. 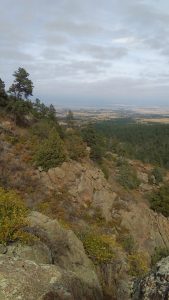 The area was once locally renown for coal mining and uranium milling, and while the beauty of the land endured despite the industrial activity, there’s not much aside from prisons happening there economically anymore. The ADX is only one of a dozen state and federal prisons in the remote region.

Back in 1993, construction of the federal complex was reported to have enjoyed a 97% approval rate from area residents who were starved for jobs. While it experienced local fanfare, it was also a subject of national controversy resulting from both the residual contamination of coal and uranium processing that prisoners would be exposed to and the style extreme isolation that prisoners were forced to endure.

But today, there is another issue entirely facing Florence’s prison complex. The latest fiasco: the prison isn’t wasting enough water to subsidize the municipal coffers. According to the city, the federal facility’s water conversation efforts are costing millions in revenue for the local government.

Back in 2008, the federal government ordered all its agencies to reduce their carbon footprint. Rather than scaling back the bloated prison populations, as sentencing reform groups have long advocated, the BOP opted for risking the health and sanitation of its prisoners by simply cutting back on water usage.

During a public hearing in October, Florence’s City Manager Mike Patterson went through the a draft of the city’s 2018 budget and indicated that the city had lost about $2 million in the last four years alone as a result of a reduced water consumption, increased further by a dispute with the BOP over the city’s attempt to raise rates in attempt to recover the funds. 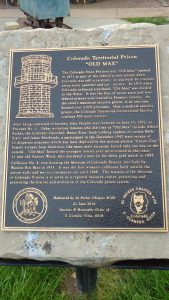 Since March 2017, the BOP has been refusing to pay the jacked-up rates.

The City discussed the option of shutting off the water, but their Attorney Matthew Krob suggested it may not be the best option — not because the utter inhumanity for those locked inside — but, as Krob stated, if they cut the water service the federal government could sue the city, which would cost Florence even more in legal fees.

Florence officials project the city swill lose about $419,000 in revenue this year, leaving its $4 million water budget short by $200,000.

Is Florence a foreshadowing what’s to come in East Kentucky?

Meanwhile, across the country, deep in the Appalachian mountain range, residents in Letcher County, Kentucky are at the front end of a similar story. A proposed federal prison there, USP Letcher, has not yet broken ground, or even completed the environmental review process, but the local budget battle is already well under way.

According to a September 2016 report by The Mountain Eagle newspaper, in Whitesburg, KY, “Less than three full months into the budget for Fiscal Year 2016–2017, the Letcher County Fiscal Court is facing a $1.3 million shortfall and the necessity of taking drastic action.”

Lill Prosperino, of the Letcher Governance Project, a local watchdog group opposing USP Letcher’s construction released a statement in December 2017 stating, “Letcher County still does not have the financial resources to support the construction of sewer and water systems necessary to make this prison a feasible project.” 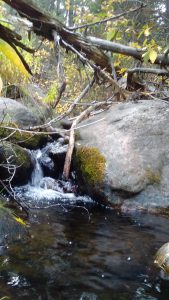 Nearby Newlin Creek, in the mountains above FCC Florence

While the County budget in Letcher can’t afford to cover the costs of increased public infrastructure associated with the facility, prison advocates like Congressman Hal Rogers continue promising the moon — jobs, taxes, utility revenues — if construction moves forward. But Letcher County residents and officials can look across the country to Florence, Colorado and see the reality of a local government who becomes dependent on a prison town economy.