Lois Farquharson, 91: A Woman in Need of Freedom

Shortly after we posted this story, the news arrived that Dr. Lois Farquharson has died. We mourn her loss and the reality that she was forced to die behind bars, many years after she should have been released. 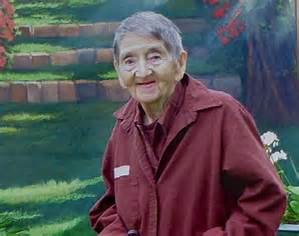 Dr. Lois Farquharson at the age of 80

Dr. Lois J. Farquharson, 91, is believed to be the oldest woman incarcerated in Pennsylvania.  She uses a wheelchair and experiences memory lapses from mild dementia.  Jane Keller, who has visited her monthly in prison for over twenty-five years, describes her as “compassionate, intelligent, well-educated, witty and gifted.”  Keller, a Quaker who met Farquharson through volunteer work, prays that her friend will receive clemency and live out what time she has left as a free woman in Keller’s home.

Before her incarceration, Farquharson worked as a psychiatrist.  Her lesbian partner was Gloria Burnette, a former patient.  In 1971, after Burnette had an argument with Dr. Leon Weingrad, an osteopath who also worked at the Philadelphia State Hospital with Farquharson, Burnette shot and killed Weingrad.

In exchange for a lighter sentence, Burnette testified that she killed Weingrad to please Farquharson, who, she said, had accused her of having an affair with the doctor.  Burnette later attempted to recant the testimony, but by then Farquharson had been convicted of masterminding the murder and sentenced to life in prison without parole.  By contrast, Burnette, who actually purchased the gun and fired the fatal shots, received a reduced sentence and early parole.  She was released after twenty years.

Farquharson’s trial was tinged with homophobia from the beginning.  She has long denied any involvement in plotting the murder, but in 2006, she told the Philadelphia Daily News she had suspected Weingrad of wanting her professionally disqualified because he disapproved of both her involvement with a former patient and her sexuality.

For 45 years, the State Correctional Institution in Muncy, PA, was Farquharson’s home, where she also worked and volunteered for church services until her frail health prevented her from continuing.  Over the years, she has had six hearings with the Board of Pardons, each one resulting in denial of her request for clemency, each time opposed by the original prosecutor and the Weingrad family.  Although individual board members have advocated for her release, Pennsylvania laws make clemency particularly difficult to attain: the Board of Pardons must unanimously agree, and then send to the case to the governor for final signature.  At her last hearing, the five-member board split two to two, with one member abstaining.

In February 2016, the elderly Farquharson was transferred to an institution ten hours away from her friend Keller, who responded: “Farquharson has spent the last 40-plus years at Muncy.  She has earned the respect of administrators, staff and fellow inmates, and the friendship of many.  She was named ‘Inmate of the Year’ several years ago, and has been enthusiastically supported by the administration in her numerous quests for clemency…  Now, at age 91, she has been moved to Cambridge Springs and has to adjust to a new home, new surroundings, new caregivers, new routines — a challenge for anyone, especially a nonagenarian.”

Keller also expressed her own sorrow.  “I hope the separation is not causing her as much heartache as it is causing me.”