Women in Need of Freedom: The Women of the MOVE 9 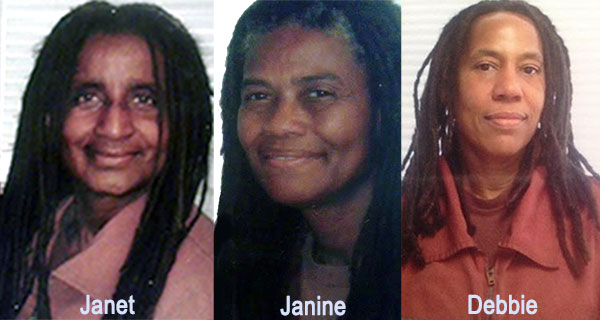 MOVE is a political and religious organization that advocates for a natural way of life, and for human, animal, and environmental rights. As a sign of their unity and familial commitment to one another, members take the last name Africa, as did their founder, John Africa (born Vincent Leaphart). MOVE members live communally, do not send their children to school, eat a raw diet, wear their hair natural, and do not use alcohol or legal or illegal drugs. They became known in 1970s Philadelphia for their demonstrations against police brutality, animal exploitation, and racist institutions.

Until August 8, 1978, they lived together in the Powelton Village neighborhood of Philadelphia. On that day, police attacked their house on the orders of then-mayor Frank Rizzo. Police covered every exit, and then fired enough tear gas into the house to force all of the residents into the basement. Police proceeded to fire water cannons and flood the basement. The members of MOVE had to hold their children and animals above their heads to avoid drowning.

During the attack, Officer James Ramp was shot and killed. MOVE members maintain, and witnesses corroborate, that the shooting came from above and struck Ramp at street-level, and it would have been impossible for any of the house’s residents to fire from the basement. However, the city demolished the MOVE house just hours after the attack, destroying any possible physical evidence.

The August attack was part of a long-running antagonism between Philadelphia law enforcement and MOVE. Police had previously broken up MOVE demonstrations, harassed and assaulted members. This included beating Janine while she was holding her three-week-old daughter, killing the baby. Before the August attack, police had barricaded the street for weeks, attempting to prevent groceries and supplies from reaching the MOVE house. In 1985, remaining MOVE members were attacked in their new home on Osage Avenue, when police fired 10,000 rounds of ammunition into the house and dropped a fire bomb onto the roof, killing six adults and five children, including children of Janet and Janine. A 2013 documentary, “Let The Fire Burn,” tells the story of the fire bombing and its aftermath.

It is clear than in their initial trial and in parole hearings since, the MOVE 9 are being punished for their membership in MOVE itself. In total, twelve adults were arrested on August 8, 1978; only the three who were not committed MOVE members were let go or received a separate trial. The MOVE 9 were tried collectively and convicted of third degree murder. Judge Edward Malmed sentenced each for up-to-100 years in prison, despite admitting that he had “no idea” who actually killed Officer Ramp. Members of the MOVE 9 have come up for parole in Pennsylvania since 2008, and have been repeatedly denied, despite spending 38 years in prison without incident. Supporters believe the presence of former police officers on the board creates a conflict of interest and bias that MOVE members can never overcome, regardless of their individual behavior and case.