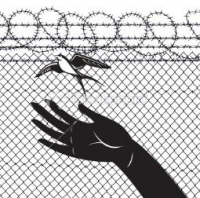 Maryland CURE is a state chapter of International CURE, an organization dedicated to reducing crime through reform of the criminal justice system since 1972. We believe prisons should only be used for those who absolutely must be incarcerated. Prisons should not be used as warehouses for humanity.

Criminalization of Asperger Syndrome In Iowa

My son is facing 55 years in Iowa for non-violent crimes. He has Asperger Syndrome. 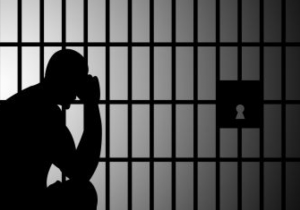 My son is facing 55 years in Iowa for non-violent crimes. He has Asperger Syndrome.

Not Alone was privileged to have the father of a young man with Asperger‚Äôs Syndrome as our broadcast guest, Mr. Joe Jason. Mr. Jason is the president of a NAMI affiliate in Illinois and is on the Board of Directors of the Criminal Justice Advocacy for People with Mental Illness.¬Ý This group was formed as a result of the growing need to advocate for loved ones with mental disorders increasingly caught up in the legal system.

Because people with mental disorders often have numerous arrests and spend time in jail or prison, they learn to survive by prison standards.¬Ý The beliefs and behaviors essential to surviving incarceration include learning not to trust, which is counter-productive for people in mental health treatment, or with families involved in their lives.

Asperger Syndrome affects a person‚Äôs ability to socialize and to communicate effectively, or to be aware of or sensitive to the feelings of others.¬Ý It affects the ability to form strong and loving relationships with others.

In March of 2013, Not Alone visited a program in Pottawattamie County, Iowa called Alternatives to Incarceration, where we learned that 50 to 80 percent of incarcerated people have psychiatric disorders and that being incarcerated doesn‚Äôt lead to wellness and recovery.¬Ý Alternatives to Incarceration, through combined community efforts, attempts to have “offenders” placed in psychiatric care for treatment rather than in the prison system.¬Ý Unfortunately, the young man in our program today lived in the eastern side of Iowa, where Alternatives to Incarceration is not available. He could be sentenced to up to 55 years for “harassing” a former girlfriend.¬Ý He does not understand why she is no longer interested in him, nor does he understand why he is imprisoned. He needs medical treatment, which is unavailable. Clearly, our system of care still has work to do in providing opportunities for mental health care.

To hear more about the need to advocate for those suffering from mental illness who are caught in the legal system, listen to the June 25 Not Alone radio program by clicking on the play button below, or download the file to listen later. Visit The Kim Foundation Not Alone podcast page to listen to any past Not Alone broadcast.