We need your voices NOW to help Virginia pass important Ban the Box legislation. Read on to find out who you can call and what to say! 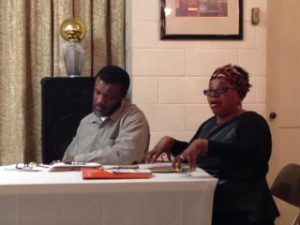 Please grab your phone and start calling after you read this!

The Ban-the-Box bill (SB 1017) will be heard by a sub-committee of the House Court of JusticeĀ tomorrowĀ afternoon after the House adjourns for the day. This bill prohibits state agencies from including on any employment application a question inquiring whether the prospective employee has ever been arrested or charged with, or convicted of, any crime, subject to certain exceptions. Simply put, this is a bill that affords our returning citizens the opportunity to be gainfully employed and given a second chance as a productive member of our community.

The sub-committee is made up of 7 Republicans and 3 Democrats; thus, on the surface the passage of the bill may seem difficult. However, your calls to each of the committee members whose name and phone numbers appear below can make a big difference. So we urge you to start calling immediately and recruit others to call also, if you can. Even if you don’t reside in Virginia, you should feel free to call and voice your support. We thank you all for your unflagging support.

LET’S SHOW UP AT THE HEARING IN HOUSE ROOM 1Ā TOMORROWĀ IN BIG NUMBERS!!!

Below are some sample scrips and contact information for all the relevant delegates.

1. I’m calling in support of Senate Bill 1017 and to ask Delegate ______ to vote in support of the bill. This bill prohibits state agencies from including on any employment application a question inquiring whether the prospective employe has ever been arrested or convicted of a crime. This bill is good for public safety because it affords opportunity for those who have offended before to be employed and stay crime free.

2. I’m calling to ask Delegate________to vote for Senate Bill 1017, the ban-the-box bill. This bill will promote fair hiring practices for our fellow citizens who have made mistakes in the past. I also want the delegate to support it because it will help increase the tax base and decrease crime.Ā  I want those who have paid their debt to society to be given a chance to get a job and support their families.

3. I’m calling to ask Delegate _______to vote YES on Senate Bill 1017 which prohibits state agencies from including a question inquiring about arrest or conviction record on employment application. We need this bill to become law in Virginia because it will help promote reentry of members of our community who are returning home to their families.