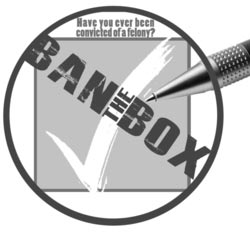 NEWPORT NEWS â€” Sherri Wiggins said the city’s decision to “Ban the Box” â€” the box on job application forms that asks prospective employees whether they’ve ever been convicted of a crime â€” is something to cheer, but not savor.

“That’s one victory,” said Wiggins, 51, of Newport News. “We need to carry this victory to other venues.”

According to a July 13 memo by Newport News City Manager Neil Morgan and Human Resources Director Yvonne Manning, the “box” question will soon be moved closer to the end of the hiring process instead of on the initial job application form.

City job applicants will still be screened for past crimes, and it doesn’t apply to certain departments, such as police and fire. The new policy would not apply to any other employer other than the city of Newport News.

The change comes about after the city was petitioned in May by Good Seed, Good Ground, a local non-profit group that helps residents who have difficulties finding employment.

“God is so good. This is better than I was expecting,” said Renita Parker, executive director of Good Seed, Good Ground. “This will open up a lot of jobs for ex-offenders.”

Good Seed, Good Ground coordinated with the national Ban the Box campaign, and Parker said she would next petition Hampton, Norfolk and Portsmouth to change the policies in those cities.

“Banning the box from the application creates a more encouraging situation for those with criminal records to apply for jobs through removal of the stigma associated with answering the conviction question. It also removes the opportunity for bias when hiring managers are determining who to interview,” Manning wrote in a memo.

The Ban the Box campaign does not suggest that the question never be asked, or that employers do not conduct criminal background checks. But the theory is that by moving the question closer to the end of the hiring process, applications from ex-offenders would not immediately be sent to the reject pile, and would have a fighting chance to be hired, Parker said.

Wiggins said she’s been screened out by employers, including one time by a receptionist, even though she was qualified for jobs. Wiggins, who served 17 months in prison the late 1990s and five months in 2005 for drug-related convictions, said she has experience in the health care field and in quality control. She’s now working a minimum-wage job in the health field, but she hopes to get a better job soon.

“It’s been a barrier,” Wiggins said of “the box.” “When you pay your debt to society it’s supposed to have been paid.”

The group made their case to the Newport News City Council in May, but no council vote was required because it was considered an administrative policy decision, Morgan has said. City staff have been working on making the policy change since then.

Councilwoman Tina Vick said that she supports the administration’s decision.

“It shows we’re supporting directives to not criminalize people for the rest of their lives,” Vick said. “We’re giving them a second chance.”

The city of Newport News has agreed to “Ban the Box,” by moving the “have you ever been convicted of a crime” question from the initial job application to much later in the hiring process for those seeking employment with the city. The policy will take effect Oct. 1.