LBranchKennedy
Tweets by @RIHD
.@timkaine @MarkWarner In a post COVID-19 world, we urgently need higher education in prison. Vote to restore Pellâ€twitter.com/i/web/status/1â€¦2c
https://t.co/Nx3q11RoXh
Retweet: Nkechi Taifa Sep 22 2019
If we actually want to end mass incarceration, we must have the courage to talk about reforms that are for EVERYONEâ€twitter.com/i/web/status/1â€¦OB
JOIN THE CAMPAIGN 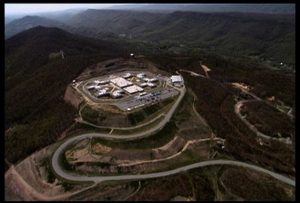 In 1994 the Virginia General Assembly passed laws abolishing parole for all persons convicted of non-violent and violent crimes committed on or after January 1, 1995, allowing only for geriatric release for certain class of offenders over the age of sixty or sixty-five.

As a result, juries who sentenced offenders in the months and years following the abolition of parole were not instructed by judges that parole had been abolished. Consequently, juries across Virginia imposed sentence under the erroneous impression that only a fraction of the sentence would be served by the offender.

It was not until June 2000, in the case of Fishback v. Commonwealth , 260 Va. 104, 532 S.E. 2d 629 (2000), that the Virginia Supreme Court ruled that judges must instruct jurors in all non-capital cases that parole has been abolished. In reaching its decision, the Supreme Court confirmed what had long been obvious to observers of Virginia criminal justice system: that instructing juries who will impose sentence that parole has been abolished would ensure a fair trial for both the offender and the Commonwealth.

Sadly, however, the Supreme Court declined to make its Fishback ruling retroactive, meaning that those offenders whose convictions had become final before the ruling would not be entitled to a new sentencing by a jury that is properly instructed on the abolition of parole.

Help Prisoner and Families for Equal Rights and Justice (PAFERJ) a subsidiary of R.I.H.D., Inc. to correct all unfair jury trials in Virginia.

To learn how to become proactive and lend your support for equal rights, contact Lillie Branch-Kennedy at email: rihd23075@aol.com or Brenda Jefferson-McLaurin at brendajRIHD@gmail.com.Â  Join Us when the 3rd Mobile Justice Tour visits your area (see below schedule)