The Mobile Justice Tour is Back!‚ÄîVirginia 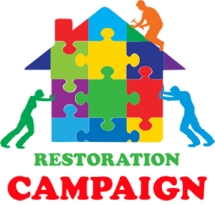 Fueled by ordinary citizens, college students, and church groups across the state requesting The ‚ÄúMobile Justice Tour‚Äù to visit and re-visit communities with awareness/updates focusing on three key justice-related issues: helping as many of the 400,000 lifetime disenfranchised citizens with felony convictions to restore their civil and voting rights, advocating under the umbrella of state-wide and state level ‚ÄúBan the Box‚Äù to remove questions about an applicant‚Äôs criminal background from initial employment forms, and bringing awareness to the need for sentencing reform and end mass incarceration in Virginia.

‚ÄúPrevious ‚ÄúMobile Justice Tour ‚Äú were so successful, inspiring everyday Virginians to reach out to us and proactively invite us to bring the tour and our information and resources to their communities,‚Äù said Lillie Branch-Kennedy, RIHD Founder and Executive Director, who is also the tour founder and co-moderator.

At each stop of the tour, members of the coalition will discuss and share the following information with the public:
Proposed legislation and activities to help end mass incarceration in Virginia :

Join Resource Information Help for the Disadvantaged, Inc. (RIHD) and its partners,) Prisoners and Families for Equal Rights and Justice (PAFERJ), Bridging the Gap and local moderators when we stop in your city, county or town.

Listed below is the 3rd MJT Tour Schedule for September, October, November and December.¬Ý Please share with others.

RIHD, Inc. “fighting to reverse the trend of Mass Incarcertion” in Virginia. To learn more visit us at www.rihd.og