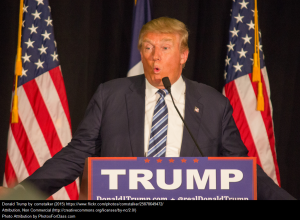 Recently, President Donald Trump announced that the United States would be withdrawing from the Paris Accords, and that’s a devastating blow to international efforts to slow global warming through environmental protections.

How do these news items intersect? Mass Incarceration. As the United States takes a harder stance on crime and a softer stance on global warming, the American prison system finds itself in a crux of environmental and judicial issues. Though most do not think of prisons in terms of environmental concerns, prisons throughout the country have a history of environmental injustices with deadly consequences.

The Truthout article America’s Toxic Prisons: The Environmental Injustices of Mass Incarceration, outlines the serious health crisis in the United States prison system. Facilities all over the nation are being affected by environmental concerns: the Fayette State Correctional Institution in Pennsylvania sits on a contaminated waste land; California inmates are openly exposed to valley fever; Texas prisoners are dying from heatstroke.

The lack of response to these cases is disheartening; moreover, inmates bare the brunt of these harmful practices. In Pennsylvania, the contamination of coal has led to a water crisis “where you could take a white wash rag and put it in the sink and water would run on it about 10 or 15 minutes, and it would actually turn brown.” In the Wallace Unit in Texas, where temperatures reach over 100 degrees and water is often the only defense against the overbearing heat, water found in the unit “contained between two-and-a-half to four-and-a-half times the level of arsenic permitted by the EPA. Arsenic is a carcinogen. The prisoners drank thousands of gallons of the arsenic-tainted water for more than 10 years.”

Heat itself is a deadly opponent for prisoners. In Texas, seventy-nine prisons lack air conditioning units, and the metal interior of the facilities heightens the extreme heat. John Ford, an elderly inmate located in the Wallace Unit One, a type-1 prison in Texas predominantly incarcerating the elderly and disabled, states that “[During summer] they are hot and can’t be laid on or touched, like touching the hood of a car that has sit (sic) in the sun on a 130-degree day…Most of us try to wet our sheets and the cement floor. We lay in the water, put the sheet over us while blowing the fan under the sheet, to keep the body temps down.” The state of Texas has acknowledged that 22 inmate deaths within their prisons were a direct result of the heat; a number that does not include those who died with heat as a contributing factor. And that number will continue to grow, as Trump’s stance on global warming will make the summers hotter and the prisons deadlier.

From heat to water to toxins, the history of environmentally induced deaths and illness in the prison system is extensive. Though some efforts have been made to improve the conditions in these facilities, recent moves by the Trump administration threaten to make prisoners more vulnerable to environmental injustices. This, coupled with Session’s declaration for harsher punishments against criminals leaves inmates in a deadly corner- stuck between the prison sentences that continue to lengthen and the environmental issues that threaten their lives.