Families Left in the Dark During Tennessee Prison Outbreak

When South Central Correctional Facility was exposed to COVID-19 through a staff dentist, Sara worried for her husband’s health and safety. As she learned about the lack of testing, medical care, information, and safety, she began fearing for her husband’s life. Sara calls on the Tennessee Department of Corrections to be more transparent and to provide information to its inmates about their medical conditions. 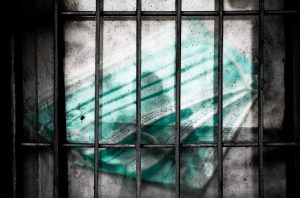 My husband is at a CoreCivic, which is a private prison in South Central. In June, one of the dentists that works there ended up with Covid.

They came through originally and gave everyone a bar of soap, a mask, and that was about what they did. There was no cleaning. They never tested them via nasal until later. All they were doing is doing temperatures. And everybody, everybody’s temperatures was 97.2° or 98.1°. He wasn’t even convinced that they were taking temperatures.

What happened after that was there was in the pod that he’s in, and that’s the one I can speak to, there was a gentleman that did not feel good and he was sweating profusely and went up and called medical and said, “hey can you get a nurse. I can’t breathe. I don’t feel good.” When the nurse came in she took his temperature and she said, “oh, you’re fine.” Later in the evening he was at the point that he could not breathe. Medical had to come and get him. He went to an outside hospital and tested positive for Covid.

This, for us, is when it got real. He called me in a huge panic. They came through and did a nasal swab and tested everybody. They weren’t telling them whether they were positive or negative. They just said “You don’t need to know that. We’ve made a decision, we’re going to move certain people and we’re going to leave other people here.” Medical didn’t come and check on them. They got no information. They were never told, “you either have it or don’t have it.” Family members often didn’t know.

A lot of the inmates that had been getting sick or if they had died was reported as an overdose, so they were avoiding calling it Covid up until the point the gentleman died that went to the hospital. TDOC’s (Tennessee Department of Corrections) policy, because I called them before, this is what they will tell you and this is what they told me: if anything happens you assume that your loved one is okay unless the chaplain calls you and tells you he’s dead. Having a loved one in prison during Covid, it’s a lot of unknowns. And, I mean, obviously you can’t just call if you want to. If a call came from Nashville, I was like “oh my God, this is the call from TDOC telling me that he’s dead.” There is no transparency within the system.

I’m not saying that they should call every family member, I understand that they don’t have the staff or the ability to do that, but what they can do is let the men there know, “hey look, you’ve tested positive. Here’s the information.”