They Are Not Toss Away People 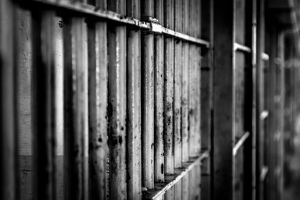 As COVID came about, in the state of Maryland, there was a very small percentage of prisoners who were released, but with nowhere to go. Being inside this system, he used the word Russian roulette – like they’re playing with prisoner’s lives.

He told me about this specific incident, where there were people in the prison who were coming up positive. So they kind of just threw them all in together. Just like moving them from block to block. Unfortunately, there were prisoners who contracted COVID.

When the pandemic first started, they were doing small precautionary measures, like making sure that the guys only slept in their beds in one direction. Some prisoners were given masks. It was not like people were very concerned because a lot of people are not coming in and out. But then I guess guards were starting to bring in the virus, as well as prisoners were still being brought into the prisons.

So then he started to talk about how around July, August, they were constantly on a lockdown. Spending almost 23 hours in their cells, having particular days in which they could shower. And that prisoners inside were not really taking it seriously, as well as the people who are controlling the prisons. Because I think this is reflective of what’s happening in our greater society, where there’s one group of people that say, yeah, this is serious and we need to protect ourselves, and this is the way we will do it. And then there’s other sectors or society that’s like no, this is not happening.

It’s already stressful being locked up in prison. I mean, it’s stressful, but now you have to take your health into consideration. And I guess access to healthcare is not that great since he’s seen and witnessed, you know, inmates around him with the virus and them not getting a lot of attention, a lot of support health-wise.
Being the eldest of the two of us. It’s been a struggle for me just because he’s been incarcerated for so long. But he’s like one of the strongest people that I know. You know, like I haven’t heard from him, so right now I don’t know what’s going on. So it’s like that unknown, like he could be in a cell quarantined with COVID or something could be going on and we have no idea, no information about that.

We on the outside forget that people who are incarcerated are human. That they have a story, just like we have a story. They have families; they have children; they have loved ones. And they’re not toss away people.

They, like our older relatives in nursing homes, are very vulnerable and are dying at a higher rate than people here on the outside world.
And that’s not something that we should just say, “Oh, it’s okay. Because those people committed a crime.”

People commit crimes. They do things. They get caught up in bad situations, but that doesn’t mean that they shouldn’t be provided with basic things like food, access to water, safety and health care.